Art Exhibition To Showcase The Work of Local Students 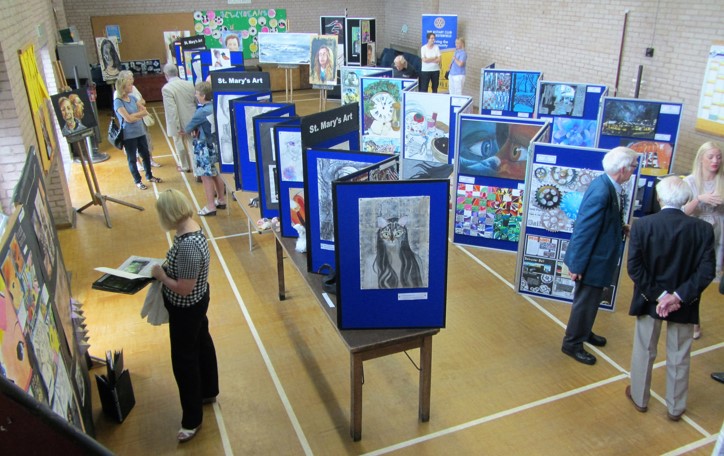 An Art Exhibition is set to showcase the creative work of local students from nine senior schools in Chesterfield.

The event, organised by the Rotary Club of Chesterfield in conjunction with local schools, is being held for a second year at St Andrew’s United Reformed Church, Newbold Road, Chesterfield on 8th and 9th October 2016 and will be officially opened by the Mayor of Chesterfield, Cllr Steve Brunt, at 10.00am on Saturday 8 October.

Building on the success of last year when five local schools took part, the art exhibition this year is expected to fully utilise all areas of St Andrews United Reformed Church, including for the first time the Church Sanctuary, as well as, the main church hall and its side rooms.

Main Rotary co-ordinator is rotarian Ian Gordon of the Rotary Club of Chesterfield.