The Rotary Club of Chesterfield celebrated its 91st Charter Anniversary at the Ringwood Hall Hotel on Friday 22 November 2013 with a special celebratory dinner to mark the 91st year since the club’s formation in 1922. 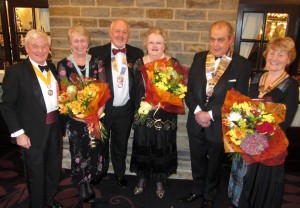