Posted by webmaster Mark on September 8, 2012

AN iconic feature of the picturesque village of Linby has been enhanced — thanks to a helping hand from Hucknall Rotary Club.

Wanting to involve the club in a ‘Community Spring-clean project’, President Ian Young contacted Linby Parish Council with a view to work on a project in the village where the club hold its weekly meetings.

Subsequent consultation brought about a project that the village of Linby wanted to implement, but couldn’t because of lack of manpower. With the clubs willingness to be involved, the village authorities were able to finally make arrangements to improve the water flow through Linby Docks with the construction of several stone dams. 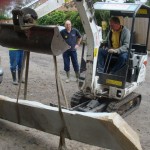 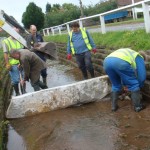 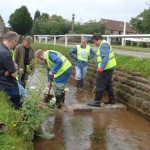 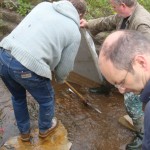 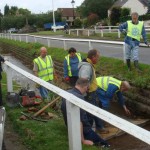 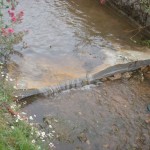 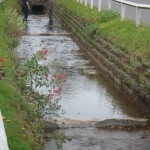 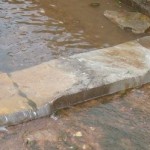 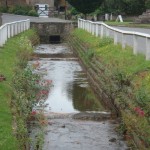 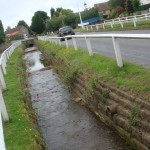 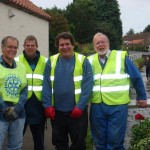 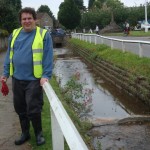 Club president Ian Young explained: “We wanted to extend our varied community service to the village we meet in.”

It was quite a challenge cutting a gigantic stone slab first of all into several pieces and then cutting the smaller sections to size, transporting the heavy slabs from the pub car park over the road to the Docks. The waterbed then had to be levelled before the stone could be lowered into the water and laid into position.

The new look of the Docks has already attracted much interest as people stop to watch the water cascade over the stone dams.