Once again the weather was kind to us, in fact with the lack of recent rain the fields were quite hard under hoof but the horses appeared to have no problems. As usual the local farmers deserve a big thank you for letting us form a ride through an area not usually available to the public.

In all 222 horses rode the course of which 64 entered on the day and we were pleased to have 72 marshals which contributed to the smooth running of the event. £148 was collected in buckets at the car park and £130 came from sales at the Beer tent.
All proceeds, £8,000 in total, will go to the Children’s and Derbyshire Air Ambulance split 50/50. 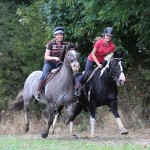 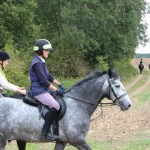 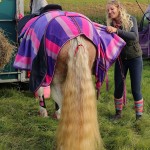 The Church Wilne Christmas Collection has been taking place for nearly thirty years and this year another reincarnation of our float, its fourth major rebuild, took place over the months prior to the collection.

For over two weeks members and wives collected at local supermarkets and in the evenings round the streets of Elvaston, Borrowash, Ockbrook and Draycott, to raise what turned out to be a staggering new record amount. 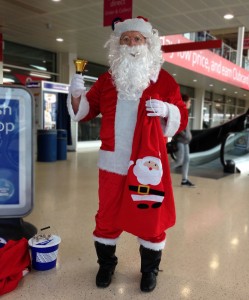 Our American President Greg has a US theme this year; hence the Father Christmas with bell 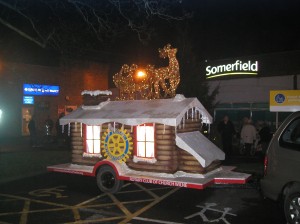 Church Wilne Horse Ride raises over £6,000 for the Air Ambulance

RC Church Wilne’s  first Horse Ride was in 2005 and every year since we have seen a significant sum raised for our designated charity. This year the Air Ambulance was chosen and with over 200 riders and horses taking place, we managed a new record total for the event.

The Air Ambulance is always a very popular charity to support and many people gave extra donations on the day. As in previous years the course consists of bridleway, road and farmland not normally available to the public through scenic Locko Park, Dale Abbey, Spondon and Ockbrook.

Read more about the Air Ambulance 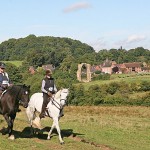 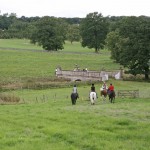 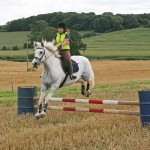 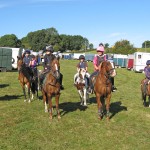 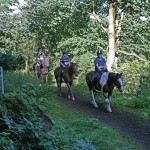 Mansfield Rotary Club is again urging people to take part in its initiative to clean up the town — the Just Bin It scheme....

Keeping Up With Christmas

Is an event organised by the Rotary District 1220 E-Club taking place at 6PM on the 29th of December. Support mental heal...

It has been revealed that the second Charity Swimathon organised by the Rotary Club of Mansfield and the Armchair Club has r...

Rushcliffe Rotary Club has stepped up to the plate to help the award-winning Cotgrave Community Kitchen ensure that no-one i...

Santa’s wave brings cheer to kids – and to foodbanks too

Great news for the children of Ravenshead and Blidworth! Santa has announced that he will be doing his local rounds this yea...