It is official: WHO has declared the Africa region polio free

Today, the World Health Organization’s (WHO) Africa region, has officially certified free from wild poliovirus, signifying a major milestone in the battle to eradicate the disease worldwide.

This certification has come four years after Nigeria, the last polio-endemic country in Africa, recorded its final case of wild polio and is an incredible public health achievement for Rotary members, the African region, and Rotary’s partners in the Global Polio Eradication Initiative (GPEI).

This progress is the result of a decades-long effort across the 47 countries which make up the WHO’s African region and now means that five of the six WHO regions, which represent 90% of the world’s population, will be free of polio.

Efforts to get to this momentous stage have involved millions of health workers traveling by foot, boat, bike and bus to reach children, innovative strategies to vaccinate those living among conflict and insecurity, and a huge disease surveillance network to test cases of paralysis and check sewage for the virus.

In 1996, Rotary and our partners joined with Nelson Mandela to jumpstart Africa’s commitment to polio eradication. Since then, 9 billion doses of oral polio vaccine have been provided, averting an estimated 1.8 million cases of wild poliovirus on the continent.

Rotary members have played an invaluable role in the effort to rid the African region of wild polio.

By raising funds for polio eradication, advocating with world governments and national and local leaders, and raising awareness, Rotarians have contributed nearly US $890 million to conquer polio in the region.

Despite this incredible public health milestone, the job to fully rid the world of polio goes on, as the virus continues to circulate in parts of Pakistan and Afghanistan. Vaccination programmes must continue to reach every last child and strengthen routine immunisation to keep immunity levels high, so the virus does not return to Africa.

Rotary members across Great Britain and Ireland remain committed to making the final, challenging steps towards a polio free world a reality.

Events will be taking place across the world on 24th October, to mark annual World Polio Day.

Our impact starts with you.

You can help make our pledge to rid the world of polio reality by donating to our End Polio Now campaign. Every donation to Rotary will be trebled by the Bill and Melinda Gates Foundation, so every £1 will become £3.

You can also get involved with our Purple4Polio activities; fun fundraising ideas to bring your community together while protecting children around the world.

If you already have an event planned in the to celebrate World Polio Day, or the certification of a polio-free Africa region, let us know! Please register your events using this online form so they can be added them to our event map.

Posted by webmaster Mark on September 7, 2019

Organised by the Rotary Club of Sutton in Ashfield

All Rotary Clubs are invited to enter and get their members, families and friends sponsored to raise money for their club contribution to the End Polio Now Campaign of The Rotary Foundation.

For every Club that enters – $100 will be donated from District Foundation funds to End Polio Now.

Rotarians have proudly helped to reduce polio cases by 99.9% since 1988.

Why your support is still needed?

The Rotary goal of ridding the world of this disease is closer than ever with your support.

You can help by getting your Club to sponsor walkers for the 4.8-mile circular route

The walk/stroll is in the countryside, off road, along disused railway tracts where rails, sleepers and undergrowth have been cleared. It is suitable for children, dogs and mobility scooters. Stewards will be positioned at strategic points along the route to provide any necessary assistance and emergency contact with first aiders and doctors. The walk is estimated to take about 2 hours and there is a large free car park at the visitors centre.

Registration and sponsorship forms are presented below; further copies can be downloaded from our website.www.sina-rotary.org.uk or by telephone to 07710807631

Registration of walkers is free from 1:30pm with a start time of 2pm from the Centre Car Park at: – Teversal Visitors Centre: Top of Carnarvon Street, Teversal, Sutton in Ashfield, Notts NG17 3HJ

To raise awareness of the continuing fight against the disease that still affects parts of the developing world, purple crocus bulbs have been planted by pupils at Kirkby’s Morven Park School. The planting took place on October 22nd to coincide with the international Eradicate Polio Day from funding provided by the Council. The ADC Corporate Communications Manager issued a news release and photograph to local media.

President Paul Riley said: “Rotary has been involved in the eradication of polio for around thirty years and the end is now in sight. We are delighted that Ashfield District Council has supported us by supplying the bulbs for the children to plant.”

At the same time, the Council themselves set several thousand of the purple crocus bulbs in Morven Park next to the school. More were planted early this month by pupils at Orchard and Kingsway Primary Schools in Kirkby, with Bracken Hill School following as we go on-line. Rotary Club of Kirkby in Ashfield are also raising funds by selling crocus badges and bags of bulbs. 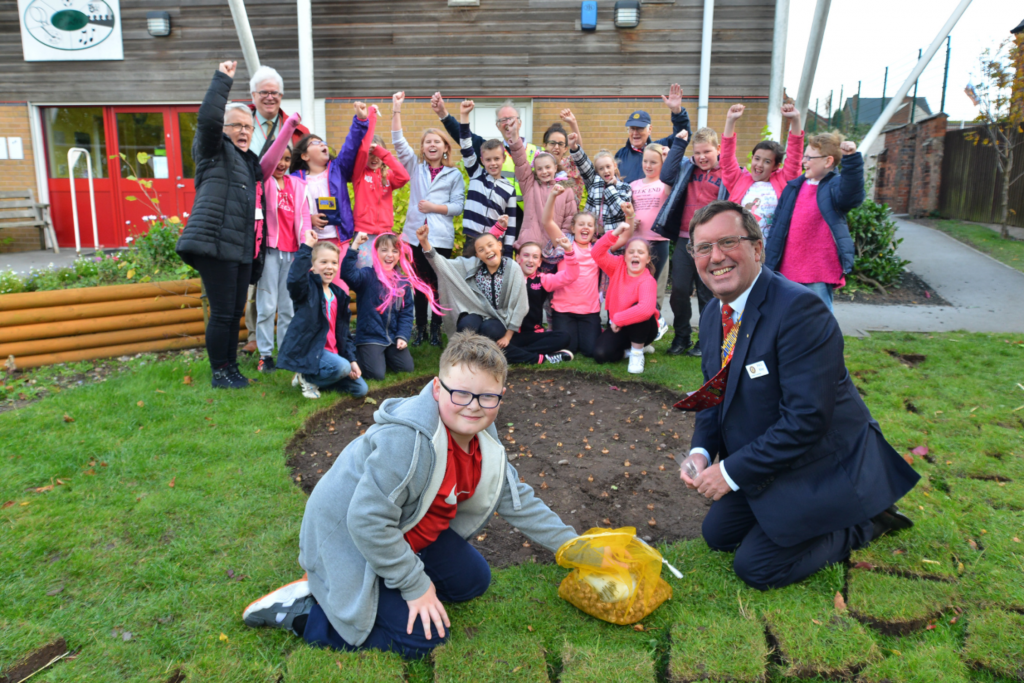 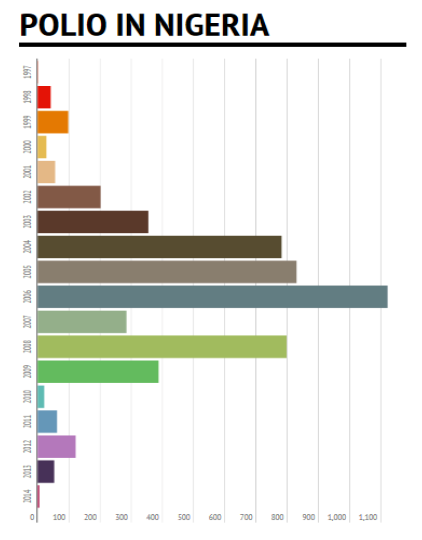