Some youth competitions cancelled in 2020-21

The 1220 District Young Chef on Saturday was very close to call and competed for by our 4 finalists, Ruben Carroll, Pearle Smedley-Castle both sponsored by Buxton Rotary, Ruby Stonier and Euan Waugh both sponsored by Mansfield Rotary. All 4 received their awards from DG David with Euan being the overall winner and Ruby joining him in the Regional Final to be held in Leeds on 14 March. We congratulate all participants. Sincere thanks must go to our judges, Bill Smith and Samworth Academy also Rtn Phil Stone for coming in at the last moment to run the event. PDG Michael would be proud. Thank you everyone.

If you know youngsters between 15 and 17 years of age, please let them know the Registration will be opened soon for them to register their interest for next year exchanges with Rotary. The two programmes we will be running are the Short Term Exchange up to three weeks and Camps.

The District 1220 Youth Exchange Officer (DYEO) will start to look for Exchange Partners for them. The website to register is www.youthexchange.org.uk
If anyone requires more information, please contact Cas Francis on email: cas@casinspireme.com. Remember to Exchange with Rotary you must register with RI or RIBI.

The Rotary Club of Long Eaton and local Interactors are holding a Family Fun Day on 16th August 12:00 noon to 4pm 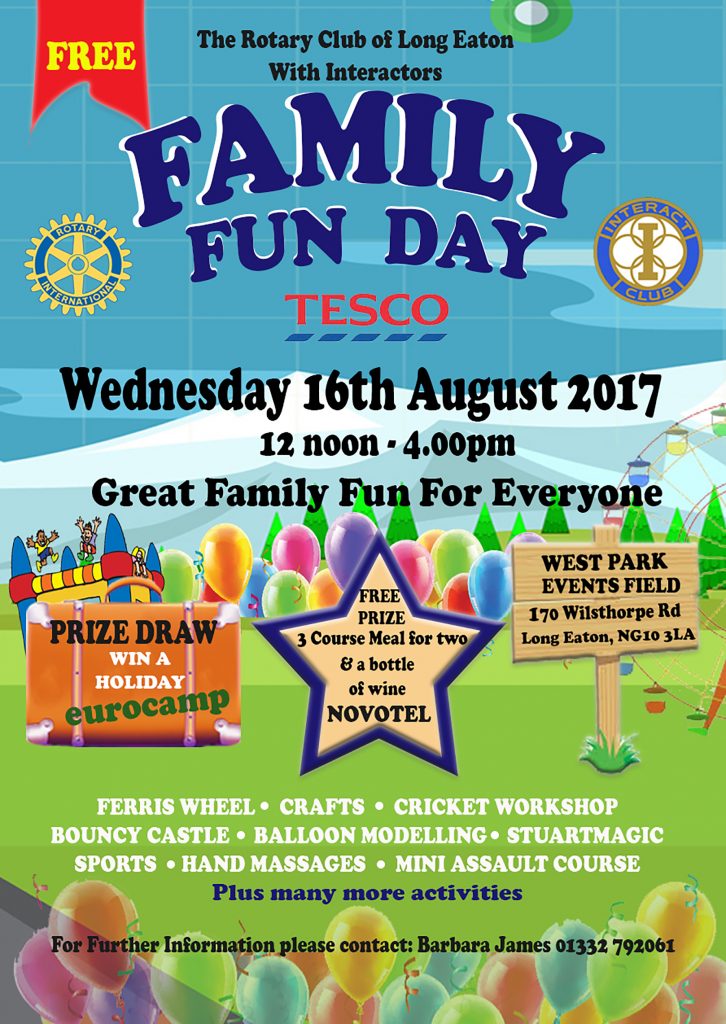 Please refer to the attached flyer for further information and contact information.

Ashfield School can only accommodate a maximum of 9 chefs. This means we will be limiting the number of entrants. If your club intends to run a Young Chef competition, you may book a place in the District Final. Places will be allocated on first come first served basis. Please send an email to Rtn Wendy Watson (email below) before 31st December 2016 to request a place, stating the name of your club and the date of your competition.

The Rotary Young Chef Competition is a well-established and successful competition organized and promoted by Rotary International in Great Britain & Ireland and sponsored by Filippo Berio.

It is a four stage national competition to support and encourage development of cookery skills.

This competition aims to encourage young people to:

This  year’s event is rapidly approaching  and is on Sunday  April 24th  and once  again is at the Robert Ludlam Theatre Derby  commencing at 19.00 :

Tickets are now on sale , however due to the expansion of the District and limited capacity of the theatre  it’s no longer practical to distribute to clubs on ‘sale or return. For the first time they’re being sold to order  on a ‘first come first served’ basis ,so to buy for your club, please contact John Hall ( Amber Valley) preferably by email at jehall@talktalk.net  or by phone on 01773 540001

Performer Nominations : As the date rapidly approaches we need your nominations as  quickly as possible  which need to be on the  nomination form you can find  together with any other information you may need  on the website at   YOUNG MUSICIAN NOMINATION FORM . If  though your club is still in the process  of selection it will  help in planning if you could advise Terry  Clay (Melbourne)  accordingly that a nomination  is  pending . Contact him at clay42@btinternet.com  or on 01509 672057

Stop Press! Performing on the evening as a guest  will be Benammi Swift who enthralled  last year’s audience with his stunning versatility  on the  melodeon . This year’s performance  comes just 4 days before Benammi  appears at the annual BBC Folk Awards  held at the Royal  Albert  Hall  on Wed April 27th . Benammi has been nominated as a finalist in the category ‘BBC Radio Young Folk Award’ .Broadcast live on the night  on both BBC iPlayer and Red Button  plus on Radio 2 , Benammi will perform live during the interval with the other three nominees in his category and we  wish him all the luck that his talent deserves

Chesterfield Young Chef of the Year 2016

The annual Rotary sponsored Young Chef Competition 2016 for local schools in Chesterfield brought another close finish from the students taking part. The winner this year was Hannah Parnaby (St Mary’s Catholic High School) for her starter of King Scallops on a bed of pea puree topped with asparagus marinated salad, and a main course of Sea Bass in a white white & cream sauce. 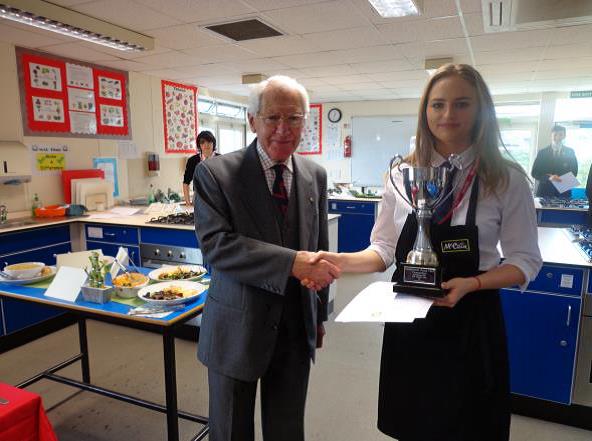 Clubs are invited to hold Young writer heats in order to submit candidates to the RIBI Young Writer competition.  Further details on the Youth Services page

A reminder that this year event which will be the 20th anniversary concert and a ‘landmark occasion’ has been brought forward in response to requests to avoid exam timetables and takes place on SUNDAY MARCH 22ND and at the date of this posting ( 12 /02) that’s barely 6 weeks away ! Its again at the Robert Ludlam Theatre Derby at 19.00

This is an urgent reminder to all clubs intending to nominate performers that they need to do so as soon as possible and if possible no later than February 28th ! It being the 20th and landmark anniversary for the event its hoped that as many clubs as possible try to and identify and submit their young nominee’s application to perform.

WHERE TO SEND NOMINATIONS :

Though usually well supported, getting ‘bums on seats’ is not the easiest task so once again club secretaries will soon be mailed a supply of tickets on ‘ sale or return’ . Still unable to find any better means of ensuring a good audience it’s accepted they’re mailed out ‘unsolicited’ however they aren’t ‘ours’ but are issued by the theatre and therefore ‘hold a ‘face value’ so to any club unable to sell their allocation , WE REALLY DO NEED THEM BACK ! NO LATER THAN SATURDAY MARCH 14TH Please try and sell yours if you can and even if you may not have a participant ,try and support the evening – It’s always a highly enjoyable evening with wonderfully talented young performers

The District heats of the Inter-District Football Tournament will take place on Sunday March 22nd at Burton upon Trent with the winners progressing to the inter-district final on Saturday 31st May 2015 at St Georges Park.

Players must be 11 years or under as at 31st August 2014 in either mixed teams or boys teams and girls teams.

Rules, points of interest and reservation form are attached.