Chesterfield Citizen of the Year 2015

Two local volunteers from Chesterfield have received the ultimate accolade from the Rotary Club of Chesterfield. Mrs Barbara Harrison and Mr David Botham were this year’s joint recipients of the club’s annual Citizen of the Year Award for their unselfish and unstinting charitable service to the local community.

Past-president David Windle, who hosted the award ceremony, said: “Through the charitable work undertaken the two have brought much pleasure to so many people over so many years.”

He also congratulated them on their sterling efforts in leading a Saturday Singalong for the residents of Harehills Court, Grangewood, every week since the home opened 22 years ago. David Windle added: “This is an event that is much loved and eagerly anticipated each week by the enthusiastic participants of the home.”

The two award winners individually expressed their gratitude for the award. Barbara Harrison said: “This was a complete surprise and something I never expected.”

Meanwhile, David Botham said: “This unexpected award by the Rotary Club is so very much appreciated – thank you.” 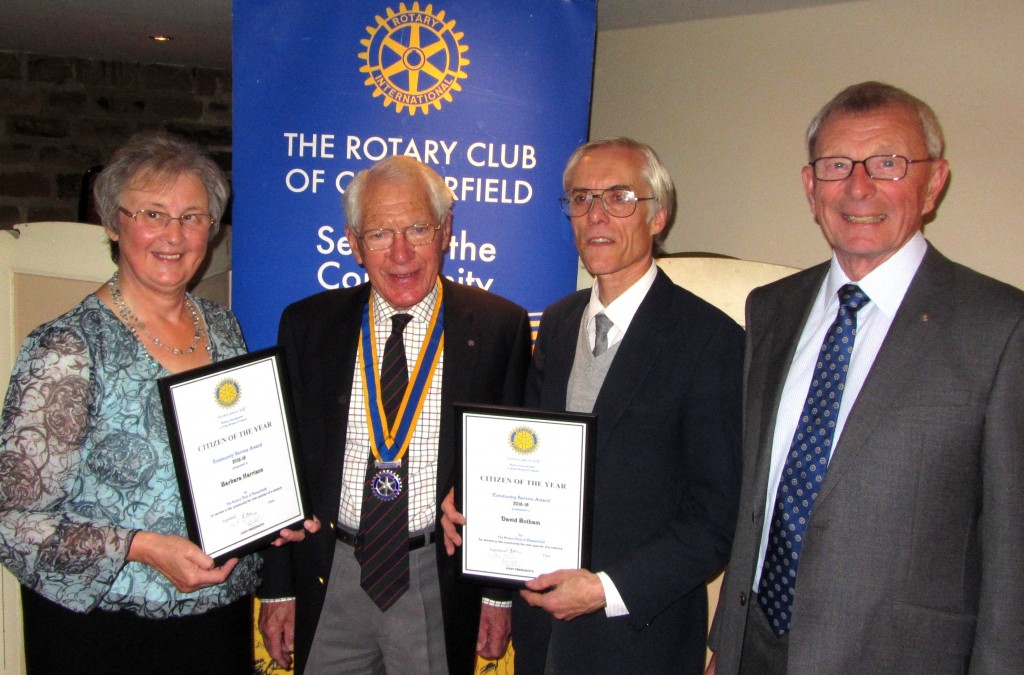