The final of the Chesterfield Schools’ Public Speaking Competition 2013 was the highlight of the club’s annual Ladies Day held at the Olde House, Newbold, Chesterfield on Friday 22 March 2013, with the three finalists judged by their audience.

The finalists were Laura Norman and Beatrice Soakell from Netherthorpe School, and Hannah Rodger from St Mary’s High School. Finalist Leroy Wagstaffe of Hasland Hall Community School was unable to attend due to illness. The speeches were amusing, original and delivered with impressive confidence.

Whilst the votes were counted, the former deputy head teacher of Netherthorpe School, Chris Townsend, but now retired, entertained with a witty talk on his involvement with this annual competition over the last 38 years. He revealed that he had originally been tasked with organising Netherthorpe entries following a request from former Chesterfield Rotary past president Ivor Chilcott, who at the time was also the local head of education in the area.

After much deliberation, Beatrice Soakwell, on the topic of grandparents, was awarded the first prize and trophy, but congratulations were given to the two runners-up for delivering well-prepared speeches in a closely fought competition of the highest calibre.

President Jim Haggarty thanked the schools and the teachers for their support and for their work in preparation for the competition. He also thanked Hasland Hall Community School for kindly hosting the preliminary finals on Tuesday 12 March 2013.

President of the Inner Wheel Club of Chesterfield, Adrienne Handley, thanked the Rotary Club on behalf of all ladies and guests present for an excellent event, and added her congratulations to the students taking part in the final.

Past president Bryan White of the club’s Vocational Service group, who had organised the event and introduced each contestant, was thanked for his fine efforts in organising yet another successful event by President Jim Haggarty. 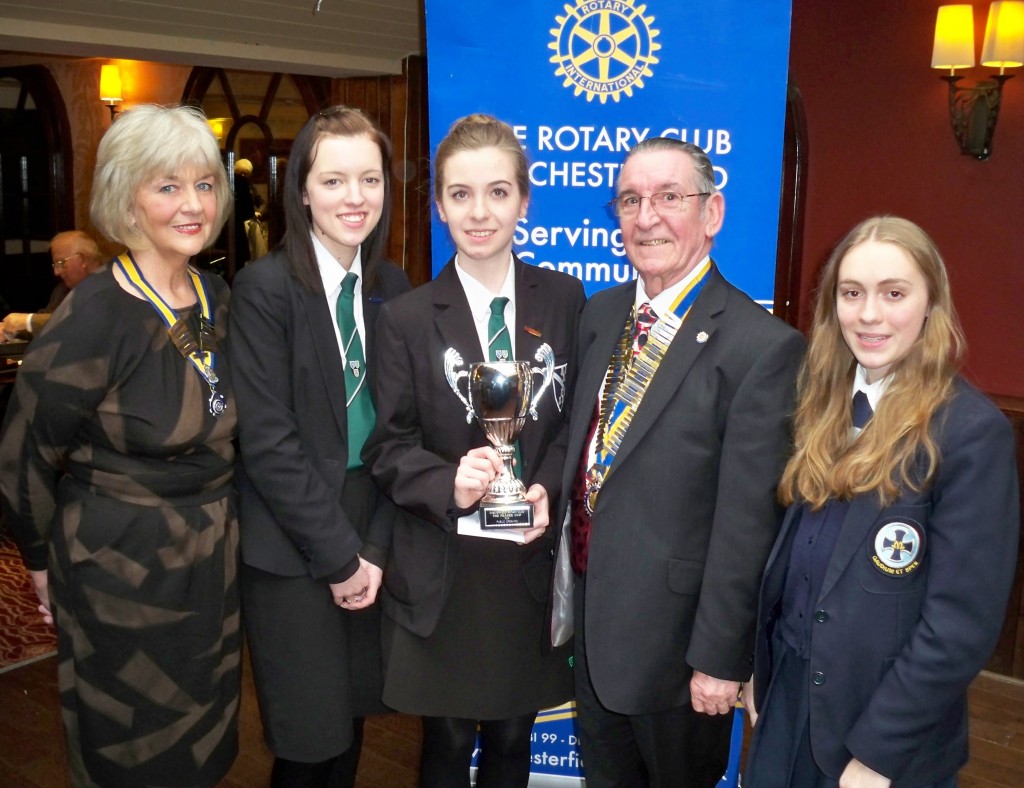