Members of the recently formed Rotary Satellite Club of Chesterfield have significantly contributed to a prestigious award presented each year to only one club in Rotary District 1220, which covers 69 Rotary clubs throughout Derbyshire, Nottinghamshire, South Yorkshire and parts of Lincolnshire. The Gordon Taylor Trophy for the Best Club in District 1220 has been presented to Chesterfield Rotary Club by District Governor Michael Longdon, not only for its varied programme of charitable events, but mainly for being the first club to set up a thriving satellite club of busy younger business people in the town. Chesterfield president Peter Barr shared the success with satellite club members at their July monthly meeting held at Brampton Manor. For more details about the Rotary Satellite Club of Chesterfield contact secretary Rachel Trueman 07792 719 238. 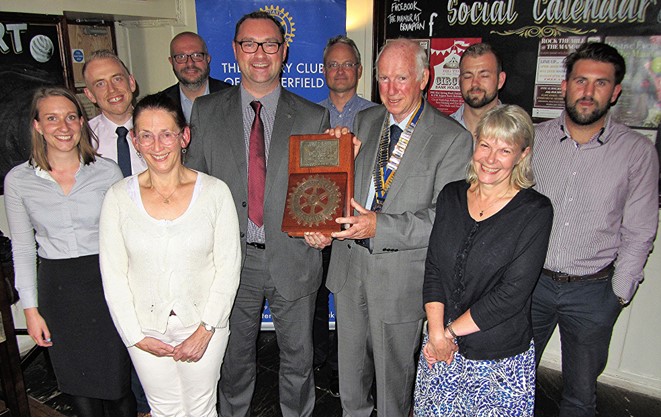