Sheffield Vulcan Rotary Club ran this event for the third year, the last two being in Sheffield City Centre. 72 cars were booked onto the event, but only 69 arrived, one, a Tesla, having being sold the day before, and the other two were a miscalculation by a dealer, who brought 25, instead of 27.

The weather was kind this year, with a few drops of rain, but mostly sunshine on the Sunday. Sheffield Fargate has a counted average footfall of 35000 on a Saturday; this year it is estimated, with the car show, at 40,000 +. The Starflyer, a 70 metre high ride, was having its last weekend, and brought people in, as well as our President, Tony Cosens, and our Stiltwalker, riding it, and getting some great photographs.

The Lord Mayor attended & presented attendance certificates to all of the 19 participating dealers, and TV coverage gave a good mention of Rotary. We had an Aquabox demonstration unit on show, which created much interest.

All of the dealers to whom I spoke were happy, but I was very pleasantly surprised when two called me on the Monday morning to thank me for inviting them! One had taken a £1000 deposit by 8-30 am on Saturday morning, for a show car at £76000, which was sold in the afternoon, another sale occurred on Sunday and a third as I was talking to the dealer on Monday morning. Nine dealers have already declared a wish to return next year. I haven’t spoken to the others yet, as we have not fixed a date yet.

Six local charities, and our own, will benefit from the £6000+ which we made, from the dealers paying to exhibit, less our expenses, which include rental to The City Council, Security, as the cars are left overnight, and other miscellaneous expenses. We have invested over the three years in two badged gazebos, feathers, walkie talkies and safety equipment.

The event has been organised by President Tony Cosens (backroom boy) and Roger Hart (Frontman), with help from a small committee and twenty volunteer member stewards. The organisers are indebted to their wives, both of whom said we would not be running it another year. Planning has already started, on the condition that we delegate more! 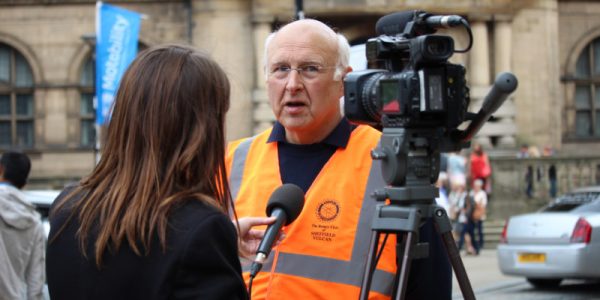 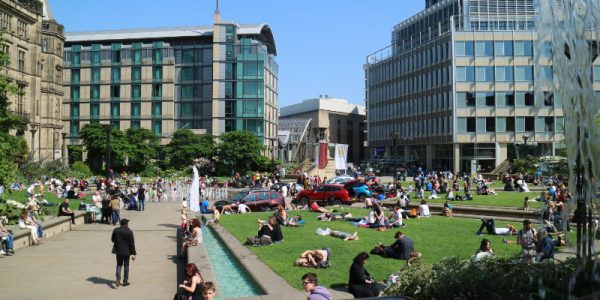 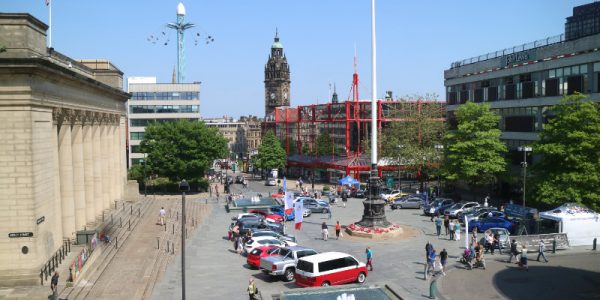 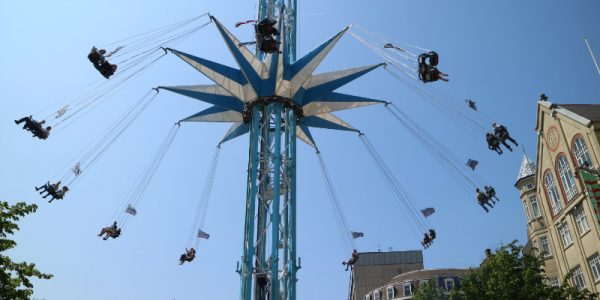 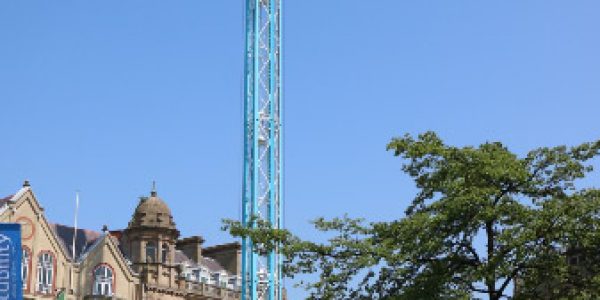 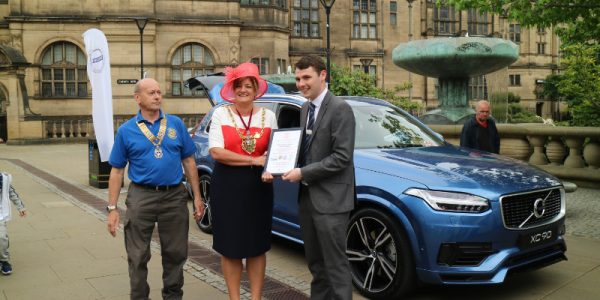 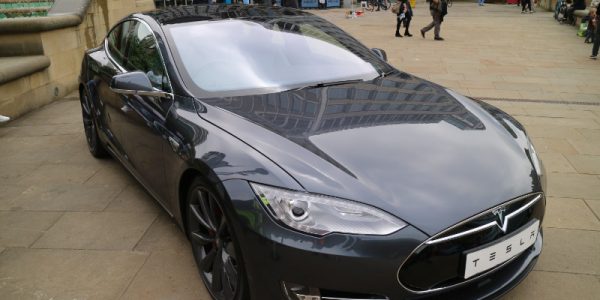 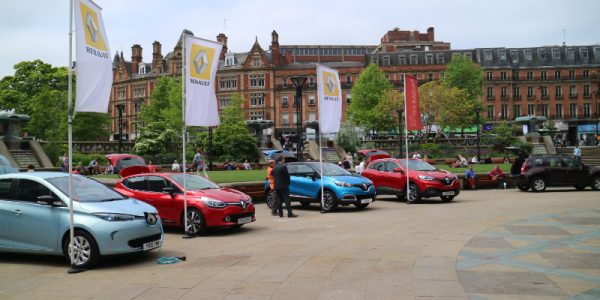 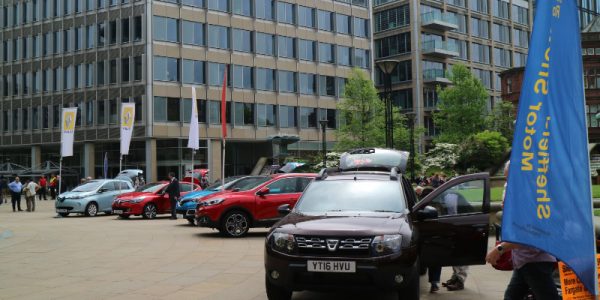 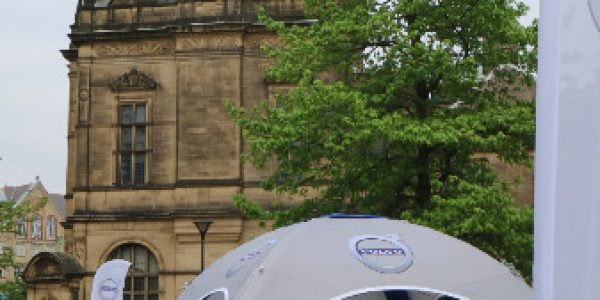 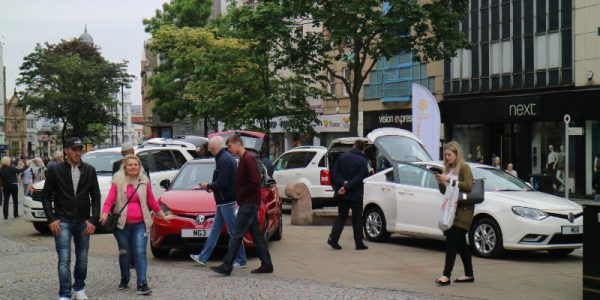 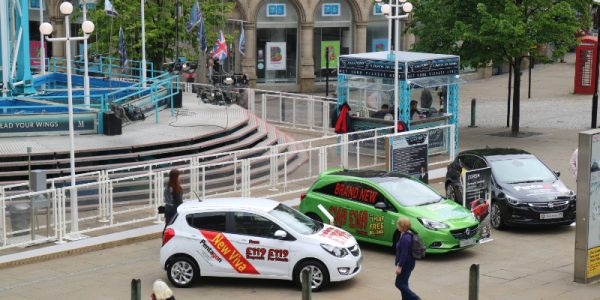 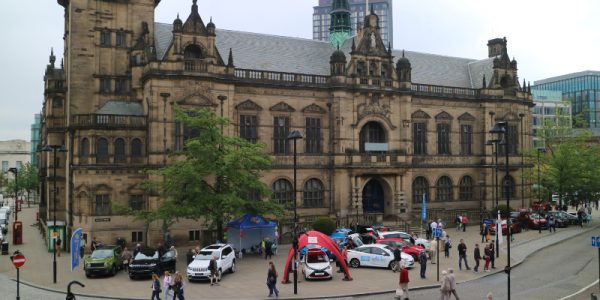 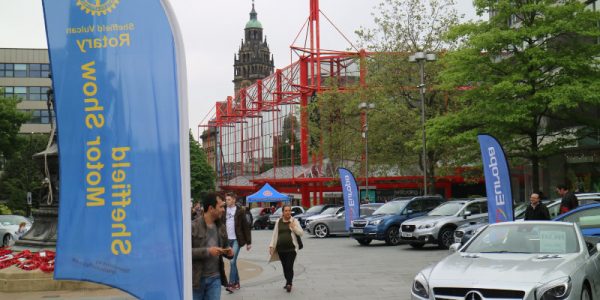 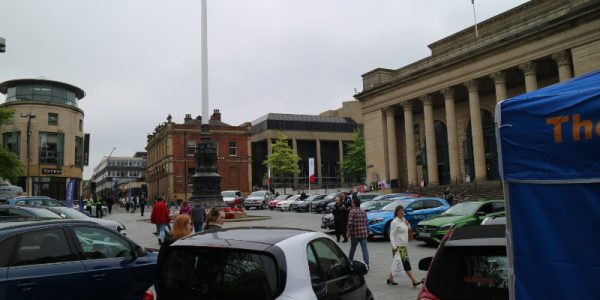