A swimathon by a retired school-teacher to help kids with cancer has been brought forward because his training regime in the build-up has gone so well.

David Windle, aged 69 from Newbold, and a past president of the Rotary Club of Chesterfield, is raising vital funds for the Chesterfield based charity Kids ‘N’ Cancer UK by swimming a marathon length 26 miles 385 yards. His sponsored bid will now take place over the week 7-11 October 2013 at Ringwood Hall Hotel Health & Fitness Centre instead of two weeks later as originally planned over the week 21-25 October. So far over £500 has been raised.

Eager David Windle said: “For the last month I have been training four hours a day, everyday, and as I am now ready to go I have brought my swimathon attempt forward to start two weeks earlier from Monday 7 October.”

He added: “I am really looking forward to the swim and am so very grateful to all those who are sponsoring me as this is really all about helping children with cancer.” 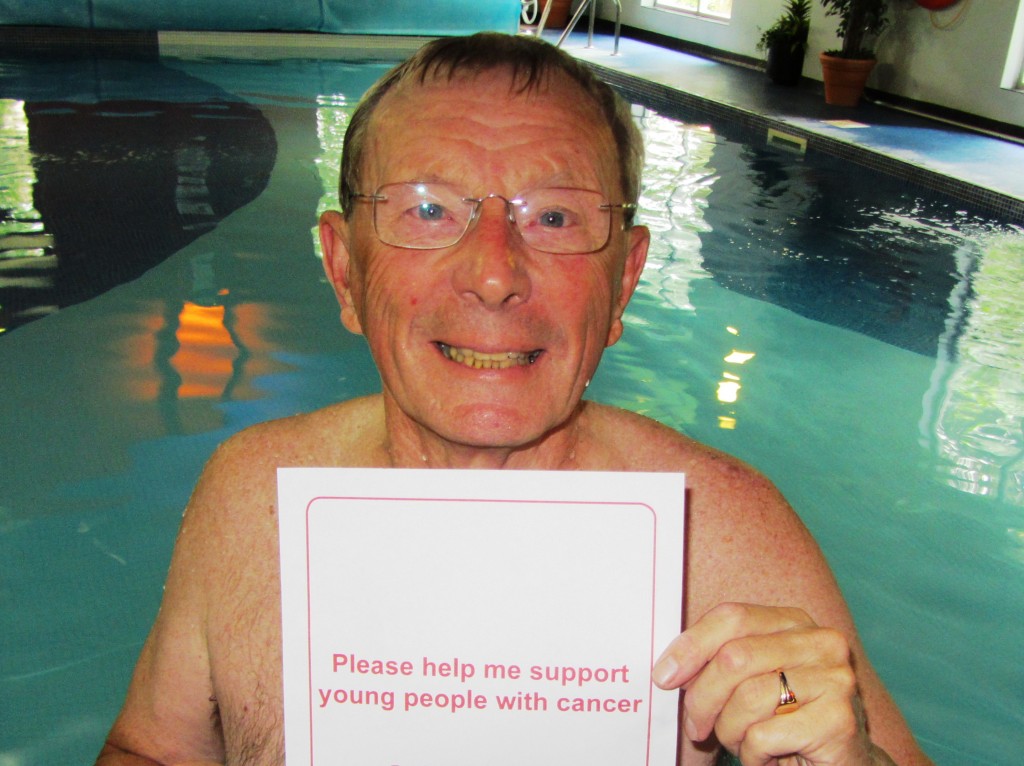 Although Kids ‘N’ Cancer UK is currently organising one of the biggest fund-raising events to hit the town in June 2014 with the very first Chesterfield & Derbyshire Marathon, David Windle has chosen to do his fund-raising now by swimming a similar length instead of running.

David Windle said:- “I feel I am stronger at swimming that running so decided to raise funds for the charity with a sponsored swim rather than a sponsored run.”

He added: “I raised over £1,000 with a sponsored swim a few years ago in support of Rotary’s ongoing worldwide Polio Plus campaign, which aims to rid the world of polio and, whilst I am still fit enough, I want to do my bit this time to help children with cancer.”

Charity founder Mike Hyman explained: “Kids ’N’ Cancer UK is a charity designed to help children in the UK receive life-saving Proton Therapy treatment for their cancers and tumours.  As some children diagnosed with cancer do not qualify in certain situations for funding by the NHS, the charity and its patrons are determined to assist families caught up in this sad situation of not meeting the criteria, and we will always try to assist families where possible.”

Mike Hyman added: “We are very grateful to David, and all our other fundraisers, as their efforts help towards making our mission possible.”

For more details about David Windle’s sponsored swim, and to make a donation, go to www.justgiving.com/KidsNCancerSwim   Details about the charity www.kidsncancer.org.uk