Two hard-working former presidents of the Rotary Club of Chesterfield have been awarded the top honours in Rotary. Past presidents John Keeton and Bryan White each received a Paul Harris Fellowship for their continuing efforts and dedication to Rotary in a short ceremony performed by Rotary District Governor Peter Moralee on his official visit to the Chesterfield club on Friday 23 August 2013. The two Rotarians, who were presidents of the Chesterfield club in 2010-11 and 2008/9 respectively, are pictured with their medals and certificates.

Paul Harris was the founder of the worldwide Rotary movement in 1905 and it has since grown into an international phenomenon with more than 1.2 million members across 200 countries. The Rotary Club of Chesterfield was first chartered back in 1922 and, in common with all other Rotary clubs, continues to support the disadvantaged in communities at home and abroad through a variety of projects and initiatives.

District Governor Peter Moralee said: “Rotary is at the heart of every community. In just about every town and city, there is a Rotary club, and its members are passionate about the community in which they live and work.”

President Mike Cudzich-Madry said: “Honouring hard-working members with a Paul Harris Fellowship is a tradition of the Chesterfield club and past presidents John Keeton and Bryan White are the latest rotarians to have deservedly earned that recognition.” 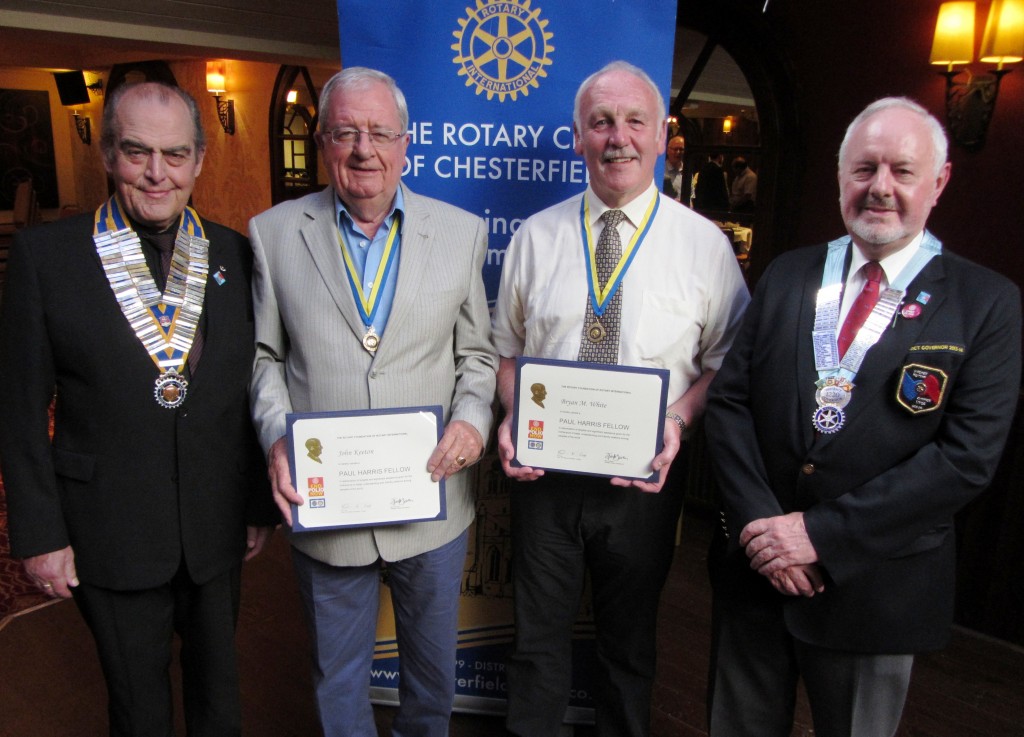