Rotarian Tim Wildgust, from the Rotary Club of Sherwood Forest and his Team of family members are hoping to raise money by competing in the “Tough Mudder” Event for The MSA Trust . As you may know, fellow Rotarian from Sherwood Forest, Mike Herbert is suffering from this neurological disorder. This little known affliction affects the brain causing progressive limitation of muscle movement and co-ordination and is a life shortening condition.

The Team will be competing in this event in July 2014, at Boughton House Kettering.

Here is what the Event Overview says

“Home to thousands of acres of the UK’s thickest woodlands, Boughton House’s log obstacles are some of the world’s most brutal. Be warned: upon conquering the forest, you’ll hardly be out of the woods. This Tough Mudder features tons of natural water obstacles and elevation changes are sure to leave you in pain.”

The web site says it all… (https://toughmudder.co.uk/)

Tough Mudder events are hardcore 12 mile-long obstacle courses designed by the Special Forces to test your all around strength, stamina, mental grit, and camaraderie. Look at the website to be amazed !

Tim is no stranger to “Hard” Events having completed the Three Peaks and other challenges over the last few years.

He is happy to come and talk to the club about this event, before – or after (if he survives !)

THE ROTARY CLUB OF BAKEWELL

(between the Outdoor Shop and Ward’s Shoes)

a savoury platter, strawberries and cream and a glass of wine,

and an entertaining Auction of Promises

Admission is by ticket only available from

or any Bakewell Rotarian

Local charities are set to benefit from the ever popular Classic Car and Bike Show which will be held once again at Renishaw Hall, near Chesterfield (S21 3WB), on Wednesday 11 June 2014.

Organised each year by the Rotary Club of Chesterfield the three local charities to benefit once again will be Weston Park Hospital Cancer Charity, Bluebell Wood Children’s Hospice, and Chesterfield’s Ashgate Hospice.

Main organiser, Stuart Bradley of Stuart Bradley Ltd Jewellers, said: “Renishaw Hall is the perfect venue for this charitable event which we have run successfully for several years now in support of these important local charities.”

There will be musical entertainment from Direction Theatre Arts, variety of stalls and amusements, plus refreshments and bar will also be available. Admission is £5 a vehicle. For more information please contact main organiser Stuart Bradley on 01246 222777.

The main sponsor of this charity event is Autoworld, one of the leading New and Used Car dealerships in Derbyshire and the Midlands. Other sponsors include:- CMC Motorcycles, PCS Motor Factors, Noble Motorsport, BRM Solicitors, Stuart Bradley Jewellers.

The date has also been released for this summer’s annual charity Ashover Classic Car and Bike Show which will be held once again at Rectory Fields, Ashover on Sunday 27 July from 10.00am. 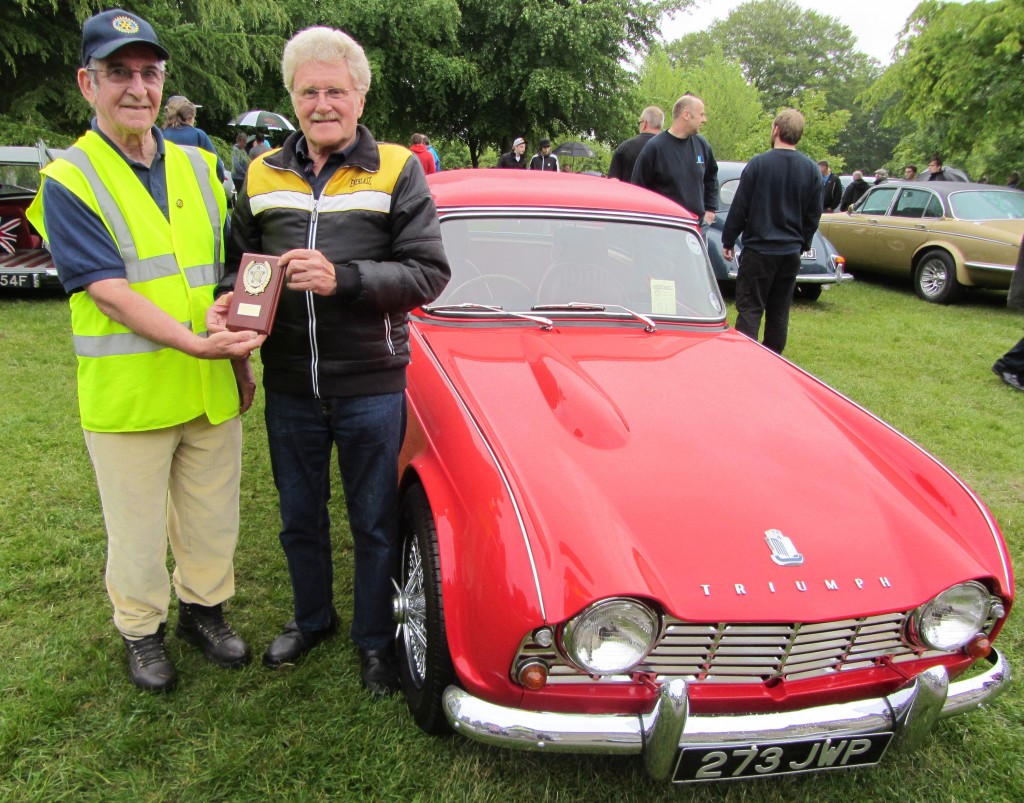 2013 winner as voted by the exhibitors, Colin Payne of Mansfield Woodhouse with his superb 1963 2.2 litre Triumph TR4, being presented with his trophy by 2013 rotary president Jim Haggarty

Rotary Clubs in the Chesterfield area are set to celebrate St Georges Day with a special dinner in honour of England’s patron saint.

This social event is being held at Chesterfield FC’s Proact Stadium on St Georges Day itself, which is Wednesday 23 April 2014, 7.00pm for 7.30pm.

A traditional English meal of soup, roast beef, apple pie, cheeseboard of English cheeses, and coffee, also includes the historic ‘Ceremony of the Roast Beef’, which dates back to medieval times. As well as the toast to England and St George, there will also be an Englishness table quiz, mystery entertainment, and a good old singalong of English anthems.

Rotarians, their partners, friends, and Inner Wheel members, from ten local Rotary Clubs in North Derbyshire are joining together in this national day of celebration for our great country – England.

Lead organiser, past-president Geoff Mitchell of the Rotary Club of Chesterfield, said: “The Irish, the Scots, and the Welsh quite rightly all have their own national celebrations but for some reason the English seem a bit reticent about celebrating Englishness.” 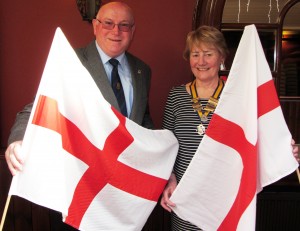 He continued: “This year we are doing our bit to ‘raise the flag’ and hope that others will join in with their own national celebrations that could even extend the patriotic spirit through into the summer in support of the England footballers at the World Cup in Brazil.”

Tickets for the Rotary event cost £25 per head – dress is lounge suits. An allocation of tickets has been set aside for non-rotarians who are very welcome to attend – contact Geoff Mitchell via email at chesterfieldrotary@hotmail.co.uk

JOIN US ON A WALK ROUND CARSINGTON WATER ON

The Rotary Club of Wirksworth is organising this event for the eighth year and, with the help of our friends and supporters, are hoping it will be the most successful yet.

It’s a seven and a half mile walk around Carsington Water, starting at the Visitor Centre between 9.30 and 10.30 am.  After 6 miles there’s a service point where water is available and transport back to the Visitor Centre for any who find the full circuit a bit too much.

It’s an opportunity for walkers to have a leisurely walk and enjoy the wonderful views, wild flowers and wildlife at their best in late April.  There’s an information sheet for all walkers identifying points of interest to look out for during the walk.

This is a family event so bring your children who will be presented with a medal when they complete the walk.  The weather has varied from lovely and sunny to wintry in past years but walkers have always enjoyed themselves.

We hope this year’s, weather will be marvellous so please make a note of the date and come along to support us and help raise much needed money for this important charity.

You can just turn up on the day and make a donation but we hope that you will get friends, family and neighbours to sponsor you.

Ring 01629 56305 for a sponsorship form or print a copy from our web site at: www.wirksworthrotary.org

Money raised by the walk this year will go to Polio Plus and any money raised by Rotary Clubs taking part can be treated as their own contribution to this fund provided they let us know how much has been raised so we can assess the success of the event.

Image of Carsington Water by http://beyondxthexeyes.deviantart.com/art/Carsington-Water-290769170 Used with restrictions under Creative Commons rights

Rotary Club of Wirksworth Present a concert by Albion

This acclaimed young choir sing “the music of these islands” exploring the rich singing heritage of Britain and Ireland, performed in new settings that make us hear these songs afresh. 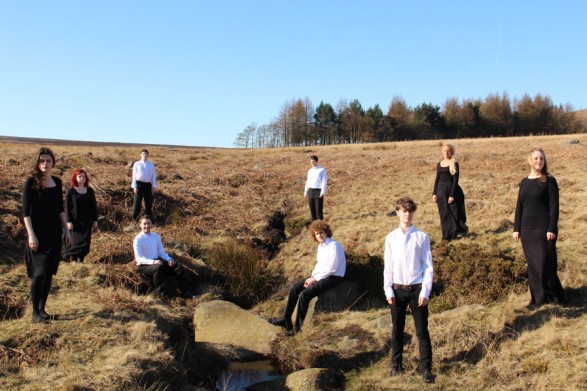 On Saturday 29th March at 7:30 in St Mary’s Church, Wirksworth

Tickets (which include an interval wine or soft drink) are

£8 for adults and £5 for children from

Cromford Post Office, Tradelinks and Scrumdiddlyumptious in Wirksworth or by ringing 01629 56305 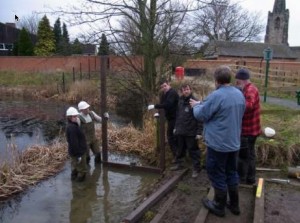 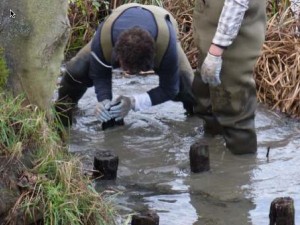 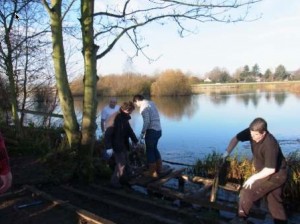 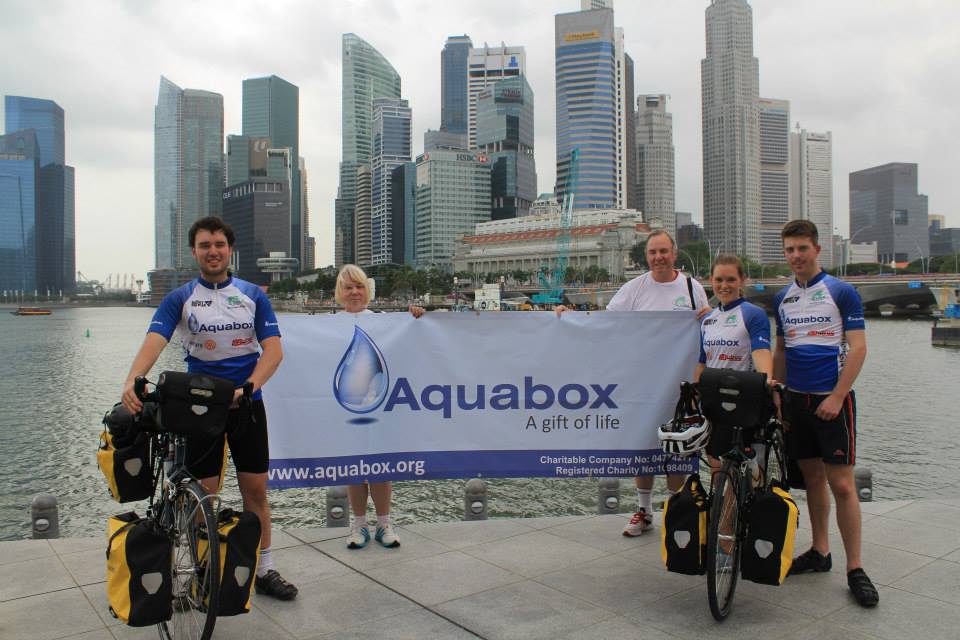